NASHVILLE, Tenn. (October 29, 2021)—Red Street Records, founded by Rascal Flatts’ Jay DeMarcus, today announces their sponsorship of stock car racing’s Jackson Boone. Boone’s debut as a Red Street partner will be in the US Tank All American Super Late Model 300 this Sunday at 1:00 pm CT at the Nashville Fairgrounds Speedway. The race will be streamed live on Speed51.tv.

“Jackson is that rare combination of talent, tenacity, grit, hard work and extraordinary faith,” said Jay DeMarcus, owner and CEO, Red Street Records. “We are proud to be partnering with him as he represents all of the values we stand for. Can’t wait to watch his star continue to rise.”

“We’re incredibly excited to be sponsoring Jackson Boone,” said Mark Lusk, president and general manager, Red Street Records. “His talent behind the wheel, passion for the sport and outspoken faith in God make this partnership perfect for Red Street Records. It’s going to be a great season.” 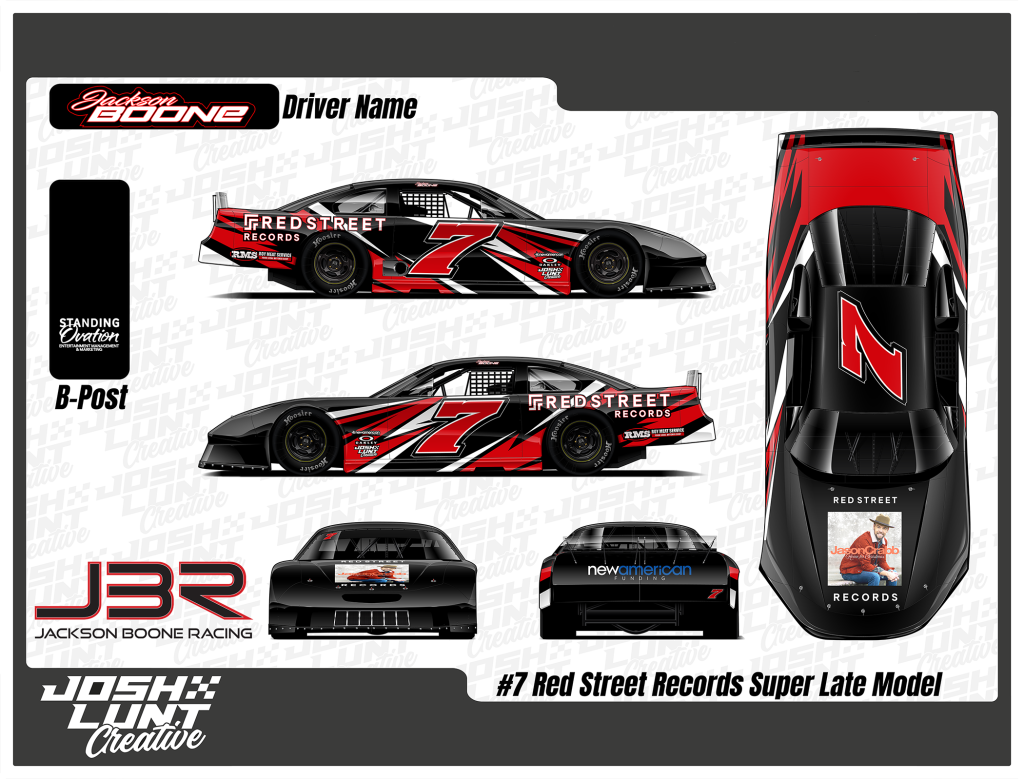 “I’m super grateful for the opportunity to partner with Red Street Records,” Boone said. “A year ago I was without a ride and wondering if I had used up all my opportunities. Fast forward to today and our new relationship with Red Street—it’s a reminder to me how God works through challenging situations to create positive results. What I am most excited about with Red Street is that their mission is to glorify God.”

Next year, he plans to compete in the Nashville Fairgrounds Speedway’s full Pro Late Model class schedule, and Boone will also be racing in the Super Late Model class series around the Southeast, among other races across the country. He is slated to make his Super Late Model debut at the “World Series of Asphalt Stock Car Racing” in New Smyrna Beach, Florida, in February.

ABOUT RED STREET RECORDS
Jay DeMarcus—a founding member of Rascal Flatts, GRAMMY Award-winning producer and bassist—launched Red Street Records in 2019. Along with DeMarcus, veteran industry executive Mark Lusk (president and general manager) and award-winning songwriter/producer Don Koch lead the Red Street Records team with a vision for the future. The desire of Red Street Records is to touch lives and spread the Gospel of Jesus Christ through music. To that end, they seek to partner with musicians who share this aim and who strive to achieve it through their innovative and visionary craft.